CEDEO has payed major role in the development of MPEG-M

ISO/IEC 23006 – Multimedia Service Platform Technologies (MPEG-M) is a suite of International Standards that enable easy design and implementation of media-handling value chains. MPEG-M devices hooked to MPEG-M value chains interoperate because they are all based on the same set of technologies, especially MPEG technologies, embedded in a middleware called MPEG Extensible Middleware (MXM). Applications can access the technologies in the MXM through the API. Technologies and Protocols are wrapped in .

MPEG-M identifies and specifies Elementary Services and the corresponding set of protocols and APIs to support the current drive of service providers’ to deploy innovative multimedia services that enable any user in an MPEG-M value chain, e.g. creators and end users, to access services in an interoperable fashion.
Below a schematic representation of MPEG-M 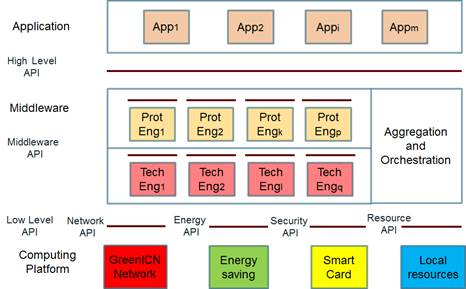 The parts of the MPEG-M standards are

We and selected third parties use cookies or similar technologies for technical purposes and, with your consent, for other purposes as specified in the cookie policy.

This website uses cookies to improve your experience while you navigate through the website. Out of these, the cookies that are categorized as necessary are stored on your browser as they are essential for the working of basic functionalities of the website. We also use third-party cookies that help us analyze and understand how you use this website. These cookies will be stored in your browser only with your consent. You also have the option to opt-out of these cookies. But opting out of some of these cookies may affect your browsing experience.
Technical and anonymized analytics Always Enabled
The technical cookies are absolutely essential for the proper functioning of the website. This category only includes cookies that guarantee the basic functionality and security features of the website. These cookies do not store any personal information.
SAVE & ACCEPT
Powered by